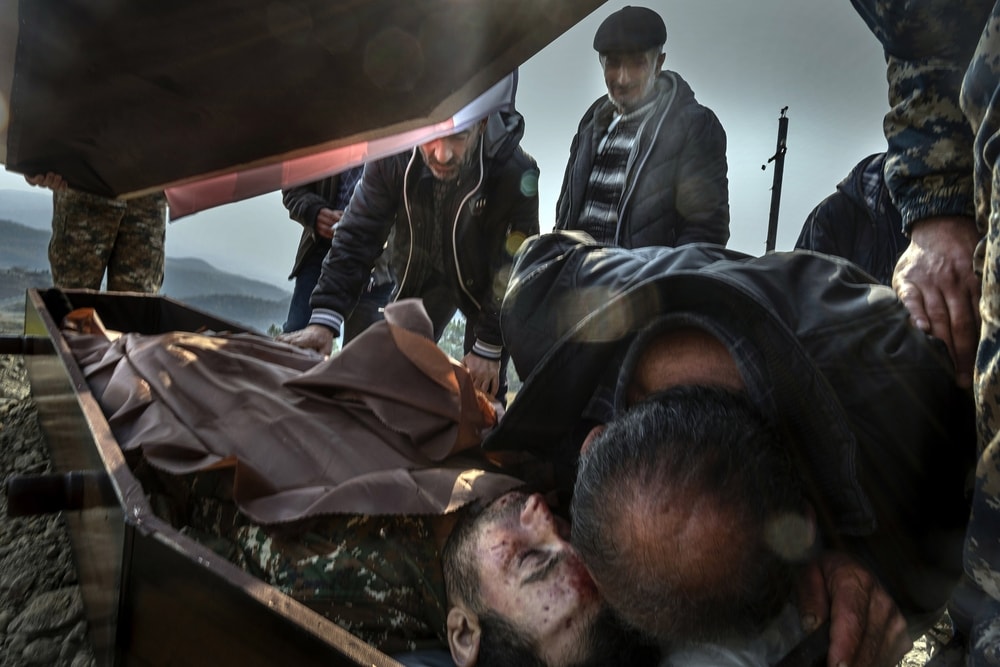 A freelance photographer for over 20 years, Ricardo Garcia Vilanova specializes in conflict zones and humanitarian crises, he has reported on the Arab Spring and ISIS conflicts.  His photographs have been published in Life, Newsweek, Time, The New York Times, The Washington Post, The Wall Street Journal, Le Monde, Liberation, Paris Match, The Guardian, The Times, Die Welt, Der Spiegel, Stern and many more. He has also collaborated with organizations such as United Nations, International Committee of the Red Cross, Médecins Sans Frontières, and Human Rights Watch.  The Wall Street Journal presented his candidacy for the Pulitzer Prize in 2010 and has been awarded by organizations such as World Press Photo, Pictures of the Year ( POY ), NPPA, International Photography Awards, PX3, Bayeux Calvados-Normandy Award, Moscow International Foto Awards, Lens Culture, Days Japan International,Mika Yamamoto International Journalist Award,and the International Press Club. As a videographer he has a Rory Peck prize.

Q: Do you remember the first time you held a camera?

The first time was very young, with a camera that my grandfather gave me, a Retina with 35mm negative film.

Q: Tell us a bit more about your winning project and what inspired you to do it?

15 November, 2019 / A man assists a fellow protester, who became unconscious after government forces fired tear gas and smoke grenades during a protest in Baghdad, Iraq. Protests began in Iraq on 1 October, directed at the government’s failure to deal with unemployment, provide basic public services and end corruption. This escalated into calls to oust the administration and for an overhaul of the political system imposed by the US in 2003 after the invasion that toppled Saddam Hussein. Protesters claimed that a small elite were able to keep a grip on political power through a quota system based on sectarian and ethnic identity. Iran was also targeted for its close links with Iraq’s elite and what was seen as its complicity in the administration’s failures. Government forces acted with exceptional severity, firing live rounds and, according to eyewitness reports given to Amnesty International, shooting tear-gas canisters and smoke grenades directly at protesters. A statement released by the UN on 29 November said that at least 354 people had been killed and 8,104 injured since the protests began. The protests continued into the new year.

Q: What type of photos do you like to take in your free time?

I invest my free time in my work, because I do not consider my work as a job. For me it is a privilege to be able to dedicate myself to photography.

Q: What genre of photography is new to you that you would like to explore?

The type of photography genre that I would like to explore is exactly what I do. What I do is explore the use of moving photography records or slight blurring in a type of work in which you have only fractions of a second to capture the image.

Q: Besides a camera, what do you think are the three most important tools of a photographer?

To be able to take pictures the most important thing is to get to the right place and that people accept you, for this you need (as a freelancer in which you run with the expenses, the logistics and contacts of your account) have respect and empathy, improvisation and capacity for people skills.

Q: How do you know when a body of work is completed?

A body of work is complete when the story it tells is complete. Visually, these images of the series have to be capable by themselves of telling an individual story each one of them, and as a whole a single story.

Q: If it could be anything at all, what would your photography dream project be?

More than the project of my dreams, the dream would be that photography could change the world in which we live, and this unfortunately is not the case. Photography of course does stir consciences, but it does not generate universal changes from one day to the next.

Q: If you could take one last photo in your life, what would it be?

Anyone who could sensitize the public to the situation in a context of war or humanitarian drama.

Q: Who/what is your biggest source of inspiration?

I have a large library of photography books, so any of the images that are in them and that get recorded on my retina. For me an image has to have three elements. An emotional moment, context information and a composition that makes it emerge from the rest of the images we see every day.

Q: What advice would you give to aspiring photographers?

That they learn to travel alone, languages and interact with all kinds of people. This is work that could be equated to a long distance race, not a sprint.