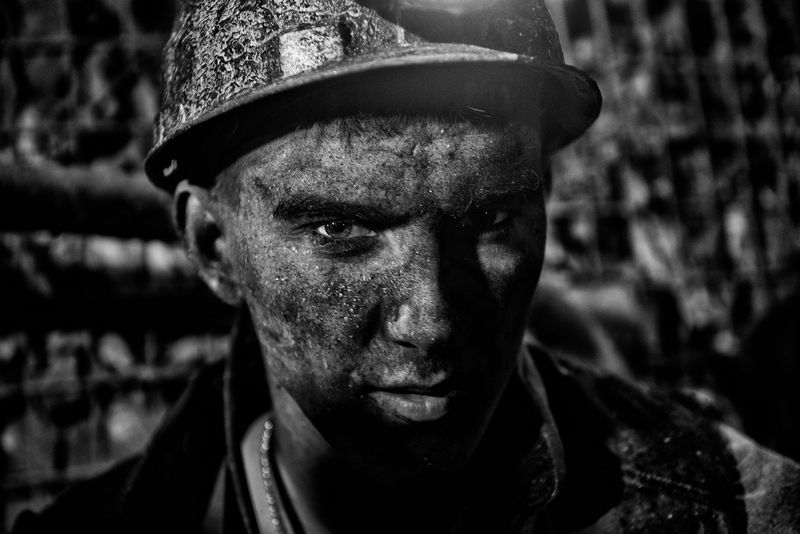 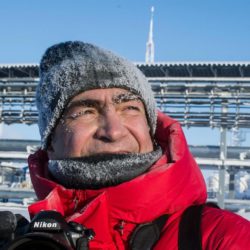 Tell us a bit about your background. Where did you grow up and how did you discover photography?

I was born in Tashkent, Uzbekistan, to a military family in 1968. As a military man, my father was frequently transferred from one place to another, and before I started school in Moscow, I had lived in DDR (once there was such a country) and Turkmenia. I attended 8 schools in different towns all across the Soviet Union and even in Afghanistan, where my father was stationed. So basically, I was always finding myself the “new boy in class” and starting over–getting to know the neighborhood where I lived, making new friends, squeezing in the time to study, do sports, ditch school, fool around… I had to do it all quickly, because one could never tell when my father would be transferred next and everything would start from scratch once again.

My cousin, Dmitry, introduced me to photography. My parents usually sent me to stay with family in Uzbekistan for summer vacation, and I spent time with my grandparents and my uncle and aunt alternatively in two different towns. Apparently, as a kid, I developed a passion for travel and the skill of relating well with people and learning much about them in a short time. But we got sidetracked. My cousin did a little photography and printing, and that year he was passionately in love with a girl and was taking many photos of her; one day he took me to their bathroom where a small enlarger was installed and showed me how to develop photographs. Suddenly I saw a pair of eyes appear on a white piece of paper! I cannot even remember details, but the sensation still lingers and the magic that was born that day persists. I did not have a camera yet.

One day in 1982 my father came home on leave from Afghanistan and bought me a camera! Since then I always bring a camera everywhere I go. In 1987 I took a job as a photographer for Molodoy Sibiyak (Young Siberian) newspaper and later the same year was called up for military service but took my camera with me.

After leaving the Soviet Army in 1989, I returned to Omsk and took a job in another newspaper, Vechenry Omsk (Omsk Tonight), which took a very progressive and democratic stand. In 1990 I moved to Moscow, but in those days it was impossible to find employment without a Moscow residence permit, so I had to work semi-officially as a technician in the Armeyskaya Chronika (Army Chronicle) Magazine developing films and printing photos made by other photojournalists.

A little later I got married, secured an official residence permit, and was officially admitted as a photojournalist to the Sovetsky Voin (Soviet Warrior) magazine—a periodical published by the Ministry of Defense in those days. In 1992 I was invited to arguably the best newspaper in the Soviet Union, Komsomolskaya Pravda (Komsomol Truth), with a daily circulation of 22 million copies. Just imagine, in the pre-Instagram era, 22 million people saw my photographs every day! Later I moved to Moskovskie Novosty (Moscow News) and Russky Telegraf (Russian Telegraph) newspapers, worked with Associated Press from 1998 to 2003, and with France Press Agency from 2003 to 2008. Since 2008 I have been a freelance photographer.

Together with the Associated Press team, I twice reached the finals of the Pulitzer Prize, won Picture of the Year Award of Excellence in 2001, and took the 2nd place at Best of Photojournalism, Enterprise.

What were the biggest influences in your life that shaped your artistic vision?

It’s impossible to answer this question in just a few words. Influences may be momentary and brief, but each of them becomes a brick in the foundation of one’s personality. These are all the books you read, movies you watch, pictures and photographs you see, all loves and breakups, losses and attainments, grievances and joys, hopes and disappointments you experience. Undoubtedly, my 20 years in journalism–16 of which I spent travelling wars–influenced my vision, my view of life, my ability to feel and tell a story. The experiences are stored neatly inside of me and instantaneously retrieved and applied when I shoot. The thing is, the photos are the language with which I am talking to the world, and the richer it is, the more interesting my stories are.

You were awarded the “Photographer of the Year” prize for your project, “People of Coal”, a project about people working in mines. Why did you choose this project, why did it interest you? What were the main challenges involved?

As I’ve mentioned above, it all began as a commercial shoot; the company wanted photographs to include in its annual report—vivid, colorful, glossy. As a photographer, I can shoot anything a client desires, but that doesn’t necessarily mean that I would ever show the pictures to anyone else. But when I came to the first facility, which was in Buryatia, I was completely astonished by what I saw and began to shoot my own story on black and white film because there are hardly any colors in the coal mines and pits. I could not be sure about the customer’s reaction to the photographs, because they were completely different from the pictures I did on order, so I just continued shooting for myself. I was absorbed by it, fascinated by all those vast spaces, huge machines and the people who operated them, by the symbiosis of men and machines. I imagined how in the future, people would go to explore other planets, and I saw the characters in the photos as the pioneers, but they were exploring our planet Earth. I believe I succeeded in conveying this feeling through my photographs.

I can’t really remember the hardest challenges now, but I can definitely remember the interest and fascination growing stronger as I went deeper and deeper into the topic, getting to know how the things worked there, travelling from place to place, seeing the sunrises and sunsets in the coal pits; it was fabulous. I was a little worried about the equipment, because of water dripping in the mines and fine coal dust in the air, but both Nikon camera and Profoto B2 flash endured water, dust, cold, and heat with honor. After the first trip, I realized that I needed a drone, so I bought one between the trips, took pilot’s classes, and began using it actively in my routine. It also turned out that it was not allowed to use impulse flashes in the mines with high methane risk, so I had to buy LCD panels and use them. To make a long story short, it was very interesting to do the project. And of course, I need to say that both the management of the SUEK Company and the miners liked my black and white story very much. And the annual report with color photographs has won many awards abroad too; for example, it was the second best at Finance Business Awards in London and took first place in a competition held by the Russian Chamber of Trade and Commerce, and continues to receive accolades today because I made ample pictures, enough for a few years to come.

What do you think are the main strengths of it, why did it deserve to win?

It’s hard for me to say; the jury made the choice, so I can only speculate. Perhaps it is because I shot it as no one had done before me–with such immersion, such trust on behalf of the company, with such passion. Perhaps because I managed to blend into it both my experience as a journalist and skills in using studio lights, making it a mix of journalistic and glamorous photography. And maybe just the stars had aligned that way. I don’t know, really.

You visited more than 20 facilities in 8 regions in Russia. What did you learn from this experience? Which facility was the most interesting for you both personally and professionally?

I learned, for example, that until now, over 40 per cent of global power is generated from coal; I learned that annual global coal extraction is 5 billion tons, with China consuming 4 of them; I learned that coal miners are incredible people; I was amazed to learn that there is a permafrost zone in the Chita Oblast, which is considerably further south than Moscow; I learned that 74 per cent of the territory of Russia is in the permafrost zone; I learned that in some settlements you cannot find accommodation or even a place to dine unless you are a local; I learned that sometimes it takes two days on a train to get to an adjacent region of Russia; I learned that the Baikal-Amur Mainline is a single-track railway. The list can go on indefinitely, but it surely was a priceless experience.

From the professional point of view, the most difficult challenge was shooting in the mines. The machines are roaring so loudly that your model cannot hear you, your lights assistant cannot hear you, and you have to come up with some kind of a sign language; it’s so dark that you shoot at 6,400 ISO up sensitivity, water, dust, shale dust…but I think we did it. Every morning at the hotel I went down to the reception to pay the cost of ruined towels because every night I had to use them to wipe the coal dust off my cameras, lenses, and lights. It was cool.

What are you working on now, what is in the pipeline for you?

For the second straight year, I am shooting a story about VDNKh, a huge territory in Moscow that has been largely neglected for many years, but in 2016 the government of Moscow began the reconstruction of this fragment of the Soviet empire. And my next story is going to tell how it changes, regenerates, and returns to life. Maybe, later on, I will make a larger story about Moscow—we’ll see. Let’s not rush, for photography is more of a long-distance run rather than a sprint.