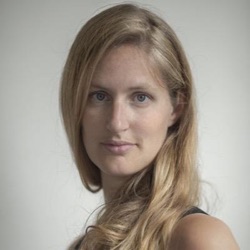 Born and raised in Eindhoven, the Netherlands.

Live and work in Amsterdam, the Netherlands.

2. What was the first camera that you received?

3. Was there anything specific that you can remember that made you want to become a photographer?

At the age of 14 I started my photography journey. I wished to become a photographer in the future, a storyteller that would tell stories that mattered. I felt there was a big gap between those things I was interested to learn about and the shallow content of  popular culture me and my peers liked to consume. But although I found the stories of news programs interesting, I found the admosphere cold, harsh and sometimes even aggressive. I imagined myself making those stories I felt where lacking.

In North Korea, a Life between Propaganda and Reality I reflect on years of fascination for North Korea and a journey I made through the country in 2013. From images I gathered and documented during this trip, a dialogue between propaganda and reality emerged, trying to reconcile the present and the future of the country nobody seems to know. Propaganda persists as an essence of the country; it depicts the dream, the hope. But, on the other side remains a brute reality, often bitter and harsh.

5. What has been your most memorable assignment and why?

In 2012 the local government of Breda assigned me to create an artwork for a new school building in Teteringen. I involved all 441 children attending that school and created, together with them, the largest children group portrait in the world. This 54 meters long artwork is now printed onto the floor of the school yard and hallway of the school building.

6. Describe a real-life situation that inspired you?

In 2008 I was portraying labour workers that live in labour camps on the outskirts of Dubai, assigned by Vice magazine. I was touched by the stories of these men and felt my portraits were lacking the possiblity to convey their stories. I started to realize I wanted to look further then mere documentary photography and develop new skills, so I could do justice to the stories of people like them.

7. What sorts of steps did you take to learn photography? Classes, workshops, books?

I studied photography at the art academy St. Joost in Breda, the Netherlands. Upon graduating from art school I worked as a documentary photographer, exploring stories worldwide for several magazines. Feeling unsatisfied with the final results of those stories, I started to explore how I could add new techniques to my storytelling. For that reason I studied at the ICP (International Photography Center) in New York City for 6 months.

8. How important is Photoshop in your final images?

It is essential. I use digital manipulations to combine sometimes even up to a thousand images into one final artwork.

9. Do you have any tips for an aspiring photographer who’s picking up a camera for the first time?

Photograph with your heart and use photography as a tool to tell the stories that truely matter to you.

10. What is your photographic training, and what equipment do you use?

I use both Canon and Leica camera’s. Depending on the situation, I use a profoto light set. And then it all comes together with the use of my computer, with the software of Adobe.